Google has made a lot of changes recently, including rolling out many SERP formats to see what works best for its users. But not all the updates are so user-oriented. One update shows us that profits still important, matter so get ready to get interrupted by audio ads while listening to music online. We will review all the changes, Google tests, and news below.

Per Search Engine Roundtable, Google is testing color changes of the review stars from yellow-orange to gray. Some people think Google SERP listings will begin simply showing five gray stars for companies with no reviews. Some people think this indicates Google is downplaying the value of reviews for local SEO.

In 2014, Google did similar testing of color changes with no remarkable or lasting outcomes. It’s no secret that online reviews are littered with fake and biased reviews. Perhaps this is Google’s way of saying there remain values in reviews but it’s not the end-all solution to finding a great company.

Google SERP results are being found to be testing a new Explore Feature which adds other local businesses that are similar to what matches the search query. In test markets, competing companies are showing next-to on desktop, or above on mobile, local knowledge panels after a user searches different businesses within one category several times. With a hint of being driven by AI, this change is believed to be driven based on perceptions about users’ behaviors. This new feature is thought to be triggered when a Google user’s behavior indicates that they are still in the consideration stage of the buying cycle, especially if they have recently searched for several similar companies.

The Google SERP display of the suggested alternatives are shown in a carousel display. The carousel shows results for similar companies that are closely related to the user’s original query. 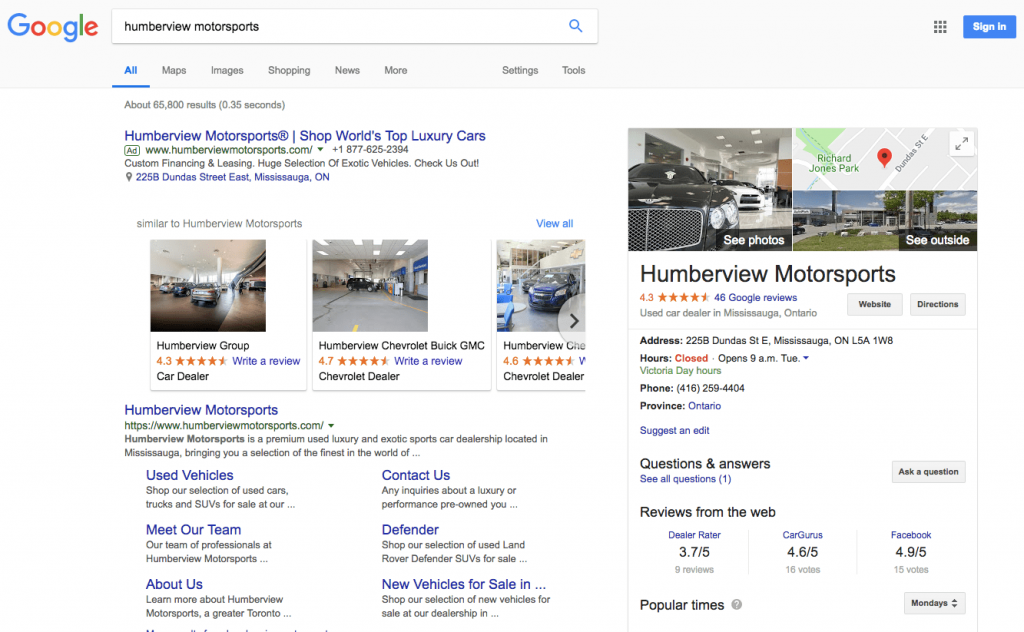 How to Benefit From These Changes

GETTR – Why are people flocking here?

Google Business Profile – The New Name for Google My Business

Why Citation Business Listings Should Be Part of Your SEO Plan

No Result
View All Result